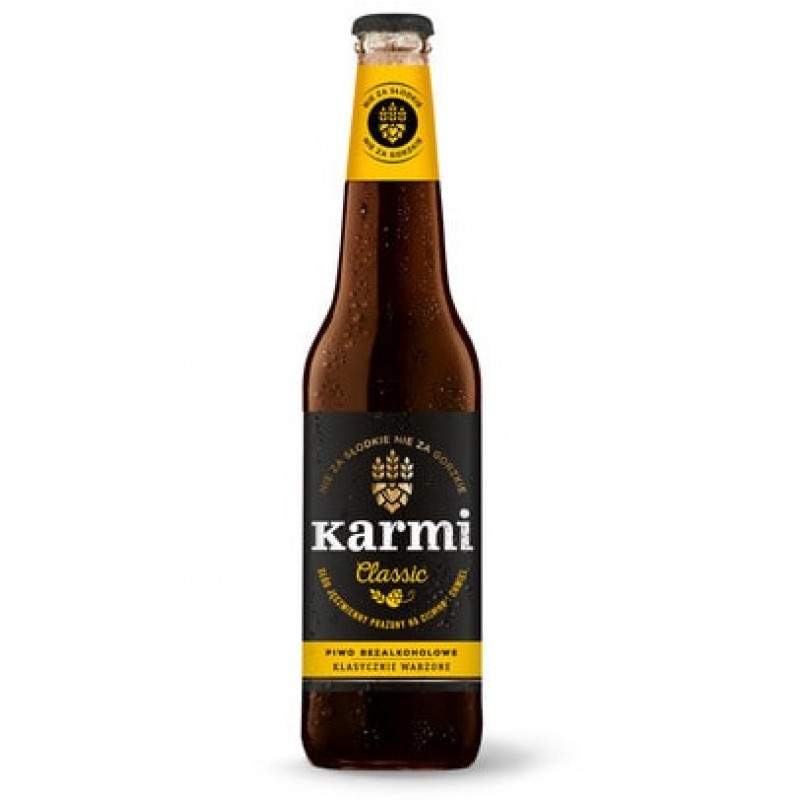 Although I didn't know what to expect from this beer before opening it, it left me seriously underwhelmed and disappointed. This beer lacks any real character, and has a taste profile that is artificial tasting, sweet and flat. I certainly won't be adding this to the list to try again.

Prior to finding this non-alcoholic beer at a local shop in Krakow, Poland, I had no idea of its existence. And finding out any more information than the name and ABV was also difficult due to my lack of knowledge of the Polish language.

With a bit of investigation, I found that this beer was ‘native’ to Slovakia, and actually a brand owned by Carlsberg. The official description of the beer was a bit vague:

It owes its perfectly balanced taste to the recipe according to which it has been brewed in the Okocim Brewery since 1994. From hops and numerous types of malt: Pilsen, Munich, caramel and roasted, a beer combines a subtle bitterness with a slight hint of sweetness.

In addition, the online reviews for this beer were generally unfavourable. But, I don’t know how to request a refund in Polish, so I had to go ahead a try it for myself!

Once poured, it is a dark amber with a frothy head. In fact, it looks like a freshly poured glass of Coca-Cola, just without the bubbles.

The aroma is dominated by wheat, and also smells ‘dark’. You can almost taste the beer from the aroma itself, and this is verging on the border of a dark lager and stout.

The flavour itself is very one-dimensional. The bitter taste is dominated by wheat, but with a prolonged taste of tobacco and raisins. It is very sweet however, almost as if it has been brewed to try and add a depth of flavour to it.

Although there is a decent head when poured, it feels somewhat flat, which creates a thin mouth feel that doesn’t support this beers cause.

Whilst I appreciate that different beers from across Europe have different taste profiles, this was too dark, bitter and sweet for me. The flavour description of ‘roasted and caramel’ is stretching it, with it almost seeming that Carlsberg had one eye on the mass market rather than a beer to be enjoyed by itself.

Although I try my best to finish every beer, I didn’t even get half way through, and I would turn down any opportunity to drink this again. Dissapointing.

Where Can I Buy Karmi Classic?

Although Karmi Classic originates from Slovakia, we had to travel to Poland to purchase a bottle of Karmi Classic, from a local shop called Zubka. It cost 4.29zł, which equates to about 80p.

Buying from the UK is a bit more difficult but is available from The Alcohol Free Drinks Company and Baltic Fresh.

Although I didn’t know what to expect from this beer before opening it, it left me seriously underwhelmed and disappointed. This beer lacks any real character, and has a taste profile that is artificial tasting, sweet and flat. I certainly won’t be adding this to the list to try again.