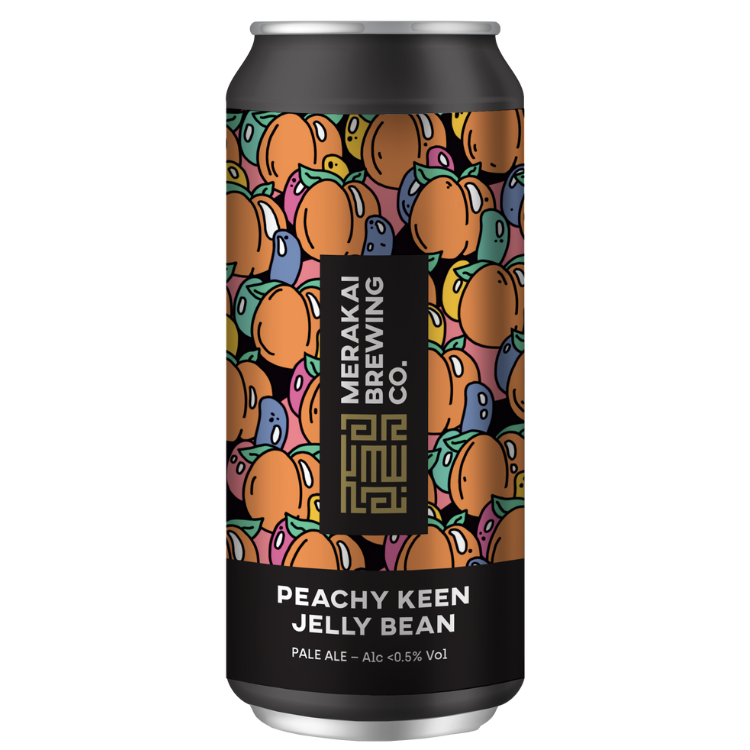 Another Great Alcohol free Beer from Merakai Brewing.  Continues the theme of their previous Beer with big juicy hops giving it a nice peach flavour and bitter finish. The bitterness does leave a strange slightly metallic aftertaste but for me this is not enough to spoil the beer.

A relatively unheard of brewer in the NoLo space is Merakai Brewing Co., a company launched in November 2020, by Emma and Olly. The pair have a history of creating beers; Olly has a background in craft brewing and started his career at Sussex Brewery, Arundel Brewery, he also worked for Abyss Brewing while setting up Merakai.

Their brewery is based in Uckfield in Sussex, it’s a 10BBL kit and they produce a variety of craft beer styles. For a bit of background on Merakai, they aim to demonstrate dedication and purpose, and connecting people through beer. Which is reflected carefully in their company name.

The name Merakai is made up of 2 words

MERA – from the Greek philosophy Meraki, which means to put your all into something

KAI – from the word Ikigai, a Japanese concept referring to your life purpose

So, roll on December and they have launched their 2nd alcohol free beer Peachy Keen Jelly Bean, which is the subject in this review. It is another Pale Ale which is described as “juicy and full bodied, stone fruits with blueberry notes and a slight cryo kick”

So how does it stand up to other pale ales, and of course its older cousin ‘This is a Thirst Trap’? Let’s find out!

The beer pours with a very hazy looking yellow orange colour; to me, it’s one of those beers that just from the look indicates it’s going to be full of hoppy flavours.

The main aroma coming from the beer – as expected – is peach, but there is also a sweetness coming through which is very similar to the aroma I have noticed in other beers that use Cryo Pop hops. Especially some of the beers that Mash gang have produced.

The flavours are big; you get hit by big juicy stone fruits up front, then there’s a little sweetness, followed by a bitter finish. However, I don’t really notice any of the blueberry thats mentioned on the can coming through.

The finish does leave behind a bit of a strange metallic aftertaste similar to what I have noticed in a few other alcohol free beers, which may put off some people.

For me, this is a great beer its not quite up there with another Merakai beer – This is a Thirst Trap – but thats more down to my personal preferences rather than any actual negatives in the beer itself.

Where Can I Buy Merakai Peachy Keen Jelly Bean?

The beer is fairly new to market and currently I believe only available direct from the brewer, costing £3.00 for a single 440ml can.

The ingredients for this Merakai Peachy Keen Jelly Bean are as follows:

A great beer from Merakai with good strong peach flavours a little sweetness (the jellybean) and a nice bitter finish.